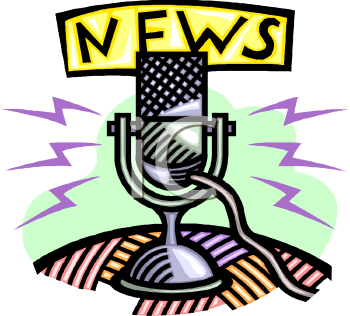 Celebrating the season of Advent.

*The word “Advent” is derived from the Latin word adventus, meaning ‘coming’.

Remembering the birth of Jesus and anticipating the eventual second coming of Christ for his church.  Embracing Hope, Love, Joy and Peace during Advent, and beyond.

Good News: Gas prices are averaging $3.10 a gallon in the Triad for regular unleaded.

You can find some stations offering gas in the $2.80 or less range! https://www.gasbuddy.com/usa/nc

Ongoing investigation: More than 30,000 customers in Moore County (90 miles east of Charlotte) remain without power this morning after two substations were “intentional targeted” by gunfire on Saturday.

All schools in the county are closed today and traffic lights remain out.

Duke Energy officials say based on the damage some people in Moore County could be without power until Thursday.  The FBI has joined the investigation.

The power outages are believed to have been caused by attacks on substations, prompting a curfew and emergency declaration. https://www.cnn.com/2022/12/05/us/power-outage-moore-county-what-we-know/index.html

HLN has signed off (as of 8am Monday morning)…

The cable network once known as CNN Headline News will ‘cease to produce original shows for the network’ announcing massive lay-offs including the staff of “Morning Express With Robin Meade.” A rapid-fire morning news program that has been around in several editions for more than two decades. In addition, a number of popular correspondents and journalists were also terminated.

Bob McGrath, one of the original cast members on “Sesame Street,” passed away over the weekend. He was 90 years young. McGrath (known as Bob Johnson on Sesame Street) joined the cast in 1969 and appeared in 47 seasons of the show. https://www.cnn.com/2022/12/04/entertainment/bob-mcgrath-obit/index.html

Breaking at 11am: The Carolina Panthers have released quarterback Baker Mayfield.

The Panthers (4-8) are coming off a bye week and travel to Seattle (7-5) next Sunday (4pm on Fox ). Charlotte Sports Live and Queen City News have confirmed.

Mt Airy, Grimsley and Reidsville heading to the state Championships this weekend.

The official new app from ‘The Chosen’ offers full access to

Seasons 1, 2 and 3, plus behind-the-scenes interviews cast,

Biblical Roundtables, and more.  Get the link on the News Blog at wbfj.fm.   https://new.thechosen.tv/pages/new#

*’The Chosen’ is the first-ever multi-season series about the life of Jesus.

And the winner(s) are? Two college students, two winners after competing in that halftime contest – a ‘Dr Pepper football toss’ – during the LSU-Georgia SEC championship game on Saturday. Baylor student Reagan Whitaker and St. Augustine student Kayla Gibson each wound up winning $100,000 in tuition after a confusing ending to their ball toss. *It was announced on the broadcast in the fourth quarter of the game that Dr Pepper would gift both Whitaker and Gibson, of Fontana, California, with $100,000 in tuition. Good call…