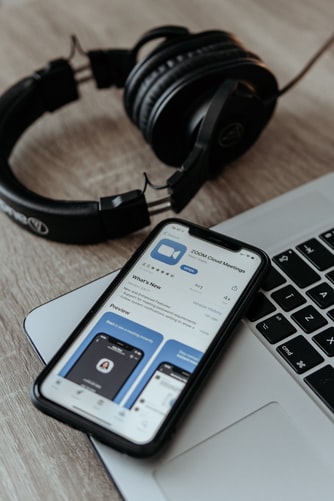 The southbound lanes of Silas Creek Parkway (again) will be closed to through traffic between Miller Street + Lockland Avenue (between 9am – 4pm) for water main repairs. Detours will be in place.  https://www.cityofws.org/AlertCenter.aspx?AID=1136

At the Box Office. “Avatar: The Way of Water” remains at #1 in theaters.

an unstoppable force at the box office, grossing another $45 million domestically, bringing its total to $517 million. Worldwide, the cume is now $1.7 billion, making it the seventh highest grossing film of all time after just four weekends.

Mel Gibson’s Passion of the Christ sequel ‘Resurrection’ is set to begin production this Spring.  https://www1.cbn.com/cbnnews/entertainment/2023/january/mel-gibsons-passion-of-the-christ-sequel-resurrection-to-begin-production-this-spring

Wild West Coast Weather. Weather forecasters caution that Californians can expect a continued onslaught of Pacific storms which have battered the state with rain and high winds. The cost in property damage is piling up and a new storm may trigger mudslides, closed roads and “catastrophic” flooding. CNN

Kick off at 7:30pm this evening at So-Fi Stadium in California

The average price for a new vehicle in November was $48,681– another record high – according to a KBB news release.  Consumer advocate Clark Howard suggests when looking for that ‘new’ vehicle to shop around and avoid a Long Car Loan. “The longest auto loan you should ever take out is 42 months,” Clark says. “If you can’t afford the payment on a 42-month loan, then you should buy a cheaper car.” https://clark.com/cars/average-new-car-price/

Consuming ‘adequate’ water is important for our bodies like regulating temperature and maintaining skin health. Proper hydration ‘significantly lowers the risk’ of developing chronic diseases and accelerated aging, according to a study recently published in the journal eBioMedicine.

How much water should we consume daily?

(This recommendation includes all fluids and water-rich foods)

In Ecclesiastes 4:12, the Bible tells us that “though one may be overpowered, two can defend themselves. A cord of three strands is not quickly broken.”

The Cord of Three Strands represents God, the groom, and the bride – braiding these three strands symbolizes the joining of one man, one woman, and God in marriage.

By keeping the Lord at the center of marriage, God’s love will continue to grow and bind the couple together.  Dive deeper into the meaning on the News Blog at wbfj.fm

Long time Bible teacher Jack Hayford, one of the pioneers of the Charismatic movement in the 1970’s, passed away on Sunday at the age of 88.

Fondly known as “Pastor Jack,” Hayford founded The Church on the Way in Van Nuys, California and later founded The King’s University in Southlake, Texas.

* Pastor Jack (as he was affectionately known) was a best-selling writer who authored (or co-authored) more than fifty books AND composed over 500 hymns and choruses, including the popular worship song “Majesty.”

*Hayford was president of the International Church of the Foursquare Gospel from 2004-2009. BTW: The four squares represent the four scriptural roles of Jesus as Savior, Baptizer with the Holy Spirit, Healer and Soon-Coming King.

*Later in life, Hayford founded The King’s University (formerly The King’s College and Seminary) in Southlake, Texas in 1997. He served as chancellor for the evangelical university before handing off the chancellorship to Pastor Robert Morris, lead senior pastor of Gateway Church.

What does “Foursquare” mean? The four scriptural roles of Jesus as Savior, Baptizer with the Holy Spirit, Healer and Soon-Coming King.

The B-I-B-L-E: Sunday School can trace its origins to the mid-1600s in England.

Robert Rakes, a successful newspaper man, used the Bible as the curriculum for a school he started for children. His goal was to teach illiterate children how to read since children who worked in factories all week long were unable to attend school. Rakes knew that without an education, these children would grow up in poverty, and he was unwilling to stand by while that happened. Rather than watching them run the streets of English towns on Sundays, their only day off, he started a school for them. Hence the origin of the name “Sunday School.”

*When residents of England traveled by boat to the new world, they brought Sunday School with them. Once here, it was “Americanized” and took on a different mission – to teach the Bible to children, but with an emphasis on evangelism and discipleship.

Note: It is not uncommon to see up to 90% of those who attend worship to also attend a Sunday School group that is adjacent to the weekend worship service.

Update: High Point police said a father killed his wife and three children before turning the gun on himself in a murder-suicide at their home on Mossy Meadow Drive in High Point on Saturday. During an update earlier today (Monday), police identified some of the family members: 45-year-old Robert Crayton, Jr. shot and killed his wife Athalia, 46, and three of his children – 18-year-old Kasin and his 16-year-old and 10-year-old. The two youngest victims haven’t been identified because of their ages.