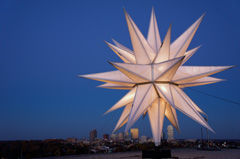 Barna Research: Christians say Generosity was taught to them.
In the lifecycle of generosity, research suggests that ‘generosity’ can be learned.

When asked if anyone has taught them what being a generous person means, nearly two-thirds of U.S. adults (63%) say yes.  Practicing Christians are, again, significantly more likely to say principles of generosity were taught to them (79%).

(The Body of Christ) is called to follow the example of Paul by both encouraging and showcasing generosity in their congregations.

Bottom Line: Giving may often start with learning—a truth we see underscored in the majority (69%) of givers who say generosity was taught to them (vs. 56% of nongivers).

It’s your birthday. Frances Johnston (from Jacksonville, Texas) celebrated a big milestone this week with a party and proclamation from the mayor: she turned 106 years old on Monday! “She always loved her church where she taught Sunday school classes and worked in the Women’s Missionary organization”.

Miss Frances is a firm believer that if women use L’Oreal they wouldn’t have facial wrinkles. FYI: She’s seen the inventions of the television, cell phones and computers -but the only thing that has been constant in her life – her relationship with Jesus Christ.

HOT…HOT…HOT?  Over 25 years ago, Vic Clinco (who lives in High Point) bought a few bottles of hot sauce not knowing that nearly three decades later, his collection would grow to almost 11,000 bottles – and unofficially the world’s largest collection.

“It has turned into an obsession,” said Vic. “What started as a small collection has grown into me being at the center of a culture that surrounds hot sauces.”

Clinco admits that his basement looks like a museum but that’s OK with him.

He wants to hold tastings and get more people in to enjoy his incredible collection. Even his license plate on his car says ‘HOT SAUCE’.

Final day in Theaters: The first two episodes of “The Chosen- Season 3”

BTW: The Chosen is the first-ever multi-season TV show about the life of Jesus.

Today is also ‘Bifocals at the Monitor Liberation Day’?

It’s a day when those who don’t wear bifocals have compassion for those who have to wear them while working with computers.

The invention of bifocals is usually attributed to Benjamin Franklin, although it is possible that someone else created them independent of him around the same time.

“The faithful love of the LORD never ends! His mercies never cease.

Great is his faithfulness; his mercies begin afresh each morning.”

Sad news: Fleetwood Mac bandmember Christine McVie passed away on Tuesday at 79.  McVie passed peacefully at hospital surrounded by her family. The British singer-songwriter was behind hits including Little Lies, Everywhere, Don’t Stop, Say You Love Me, and Songbird. Fleetwood Mac’s 1977 album Rumours has become one of the biggest selling projects of all time, with more than 40 million copies sold worldwide.

‘Christmas at the Carolina’

(FRI) Troubadours’ Christmas Concert benefitting ‘A Room at the Inn’

The concert is a fundraiser made possible by area churches and local businesses to benefit the work of Room At The Inn.
A complimentary dessert reception follows the Concert, and guests are then invited to stay for a special screening of Disney’s ‘A Christmas Carol’.

This Saturday morning (Dec 3) at 9am.

Carols start on the stage at 9:30am, followed by the movie. Seating is limited.

See the FREE movie, enjoy a FREE soft drink & popcorn, SING ALONG with the theatre’s historic pipe organ, visit and take pictures with SANTA in the theatre’s Renaissance Room, PLUS have a chance to win a BRAND NEW BIKE!

This year’s movie is The Muppet Christmas Carol. THIS IS A NON-TICKETED EVENT – FIRST COME, FIRST SERVED
Stay downtown and catch the holiday parade afterward!